Okay, this is going to be short and sweet, because it’s an emergency. I need a clever name for a summer project. Here’s the gist of it:

Feel free to ask any questions in the comments of this post. This challenge ends at 11pm. Any name I select or consider drink-worthy will earn a margarita.

Mother’s day is coming up for the rest of America, but for me and my family, Mom deserves a ton of additional recognition on Tax Day. As an accounting wiz and tax guru, she busts her chops every March to make sure we have our returns locked and loaded by April 1st, so they can sit idly under a stack of books for two weeks when we frantically realize we should really get those signed and drop them in the mail. And every Tax Day, that 5 minutes–opening to her convenient stickies, signing on the line, enclosing the check she’s already written, and sealing the carefully attached, addressed, and stamped manila envelopes–is all we ever have to do. Mom prepares our taxes in addition to her painfully taxing (hah! Pun! Marg for me 😛 ) career as a municipality accountant, and no amount of credit is ever sufficient to thank her.

This year, instead of my normal “thank-you” card, I want to send her something special. Hopefully, this post will come in handy to people who stumble upon it near Mother’s Day next month. Here’s the B-Google Challenge: One margarita for the 3 best gift submitters. (Submitters meaning one marg max per submitter.) Submissions need to be made by Friday, April 17th by noon. If you come up with something after that, post it anyway to help Mother’s Day shoppers! “Best” will be determined by meeting as many of the following criteria as possible:

1) Uniqueness. This isn’t a Macy’s ad: I’m not gonna get my mom a necklace or picture frame. Something hand-made or a little different is the best way to go. These margs ain’t free 😉

2) Monies. Mom’s getting me about $600 net from Uncle Sam. I need it to pay off margarita debts. I’d like to get her something ~$50; the cheaper the better without it turning into something stupid.

3) MY Mom’s Likes: Mom likes margaritas (are you surprised?), wine (she has a property she’s building in Napa), the color turquoise, Stanford University sports, and Walk for a Cure. For the latter, my own top idea is donating $50 in her name, so that won’t award you a marg. Otherwise, anything goes.

4) ALL Moms’ Likes: I’d love to get some unique ideas other people could use for Mother’s Day. Ex: things involving showing off kids and/or personal relaxation.

5) Mailability: Something that can be sent home from college or can be directly delivered with a thank-you message. 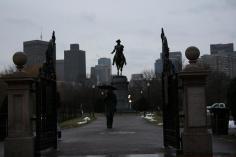 What does one do on a rainy Saturday in Boston? TELL ME!

As some of you may know, I was attempting to host an Easter on the Esplanade day on Saturday. The weather gods have issued warnings against such a gathering, but a few things have forced a slight obligation upon me to do something special on Saturday. 1) D-to-the-OR, aka Doreeeeeeen(!!!) is going to be in town this weekend. We need to remind her that Boston >> San Antonio. I don’t think this will be hard, but the weather challenge is annoying. 2) My kickass step-sis expressed an interest in coming and bringing her sweet Tufts friends. I don’t want to let them down. Here’s the B-Google Challenge: $30 to the BEST idea for an activity day for Saturday, April 11th, 2009 in the Boston area. (Note, this does mean suggestions such as the Harbor Islands Ferry, which does not open until mid-May, will not be considered, nor will pool-hopping in Vegas, as it does not meet the “Boston area” specification.) If your idea is used, you’ll win the Challenge. If none of the ideas posted are used, but you have the best idea of those posted, you will win the Challenge. If you do not have ideas, I would still love to get feedback on other people’s ideas so I get a feel for what the general populous would like to do. Particularly insightful feedback may earn a margarita. If you were invited to Easter on the Esplanade, note that I have not yet sent an e-mail informing cancellation of this event. An e-mail will be sent after an alternative activity is selected. If you were not invited (it was a fairly small list of invitees–mostly people I thought would want to go), you are now. Entries must be submitted by noon on Friday, April 10th, 2009, to be considered for this contest. The following specifications will determine the best activity, in order of highest importance to least importance:

1) Doreen has to love it. Doreen likes being active and a little rambunctious, so the BPL is out. She also likes things a lot of people can do and not be bored doing. The MFA is also out.

2) Ideally, my step-sis and let’s say 3+ of her friends should be able to come. They are under 21 and are on Frosh budgets. Also, they are newer to the area than most of us, so they’re counting on us to amuse them. The aquarium is out.

3) Budget: My Tufts amigos aren’t the only ones on a budget. It’s a bad economy, and anyway the cheapest things in life are usually the best. Lunch at Top of the Hub is therefore out. 😉 Think $15-per-person budget after transportation.

4) Weather: We’re not doing the Esplanade, just like we wouldn’t go to a beach on a windy, rainy, cold day. That doesn’t mean we can’t do ANYTHING outside, but an outdoor plan may not draw many people and may not be much fun. If your idea is outdoors, suggest suitable attire.

5) The-More-The-Merrier: Something T or Commuter Rail accessible is ideal, however, I have a car and am willing to rent Zipcars for a total of up to $40 (roughly 2 cars for 2 hours or 1 car for 4 hours). I’ll definitely be providing transportation to Dor, my step-sis, and her friends. Activities that leave transportation up to everyone else will still be considered.

Final words: Have fun with this, be creative, and don’t be offended if your idea doesn’t win. I’m partly posting this because I’ve spent a decent chunk of time on the cause today and was thinking there should be an article on Google worth reading about indoor activities in Boston. I’ll also be posting some of the things I found that won’t be used for whatever reason, but that I thought would be a lot of fun later this summer. Happy hunting!

(This Challenge has been created for my friends. Like all B-Google Challenges, rewards are payable exclusively to people I know personally. However, other entries will be gratefully accepted by the general populous.)

The B-Google Challenge: A Brief History 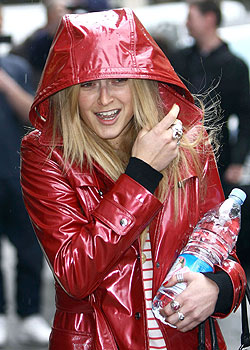 This page was created to broadcast mini-Google-challenges to the Bostulous network and to pay homage to the winners of past challenges. Each challenge has its own rules and prizes associated, often payable in the currency of Border margaritas, should the winner choose. The objective is typically to find an answer fastest or to come up with the best idea. In the past, I’ve called them Google Challenges, but at the risk of a lawsuit, they will hereafter be known as Bostulous Google Challenges, or B-Google Challenges for short.

As illustration of the concept, I’ll use first B-Google Challenge. There was a red raincoat I found on a random celebrity spotting site that I absolutely had to have. After searching myself for about five hours (and shamelessly, desperately contacting the UK celebrity’s personal home page), I posted a challenge to my very good Google-genius friends at MIT: $40 to find a retailer or web site that sold the red raincoat. More importantly, the winner would have bragging rights in the realm of Google know-it-all-ness. The boys were stumped for about 90 minutes until Ann Marie of Nacho Patrol caught wind of the challenge and informed me that it was Burberry. Upon offering her the cash reward, she began the rich tradition of accepting in its stead the cash value in Border margaritas, which she tauntingly consumed in front of the Googlers.

The second B-Google Challenge was for a V-Day party thrown at Nacho Patrol headquarters, Ye Olde One-Four-Four. The party was put together within about 48 hours and designated for people who felt like celebrating V’s that didn’t involve Valentines (vendettas, Vianneys, varistors, and Vin Diesels, for example). The girls pulled off many ideas quite nicely: 3D twister, Mario Kart Wii, plentiful noms, Kings, etc. But we’d been inspired by Phil’s Birthday Casino Night to set up a craps table. I posted a B-Google Challenge: $30 to find a place in the greater Boston area that sells craps felts. Google-Extraordinaire C4 (aka, Schlagothy) found a woman in Woburn who had one for $15. C4 should get extra B-Google brags for finding a location that gave us an excuse to go to On The Border. A few margaritas and one craps felt later, we were ready for the V-day party! (Of course, it was only during the event itself that we realized no one knew how to manage a craps table, but it sure made a nice decoration.) C4 declined his due reward, but gracefully accepted a couple of Border margs. 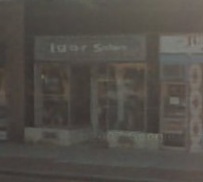 The third B-Google Challenge was a bit of a dud. It was a Sunday night and my unusually-scruffy boyfriend had an interview the next day. He needed a haircut like crazy. With a pair of safety scissors and a comb in the bathroom as backup, we frantically started calling every salon in greater Boston. Then I posted the challenge: $30 to the first person who could find an open salon and make an appointment for a men’s haircut at 8pm on a Sunday. It was brought to my attention that this wasn’t a very good B-Google challenge, as it involved phone calls. This has been taken into consideration, and phone calls will be omitted in future Challenges. In the end, I found a place called Igor’s in Brookline. Thank goodness for patrons who service affluent Jews. My boyfriend nailed the interview and landed the job, and owes me $30 in Border margaritas. 🙂

Hopefully, these stories have inspired you to hone your Google skills! Note that these examples have been time-dependent examples. While I haven’t done a test-run of quality-dependent Challenges, I have one in mind for the first B-Google Challenge of this blog. Any browser, social networking site, or previous knowledge is welcomed and encouraged in the B-Google Challenge. As the Challenge matures, I may add a Rules page to include specifics. For now, I hope you find the challenge fun and rewarding. Answers may be submitted to me in an e-mail or as comments on this blog; I have bought the occasional consolation margarita for seekers who put in the effort, but didn’t get the winning response. Good luck, and happy hunting!

(As a final point-of-information, this challenge is not rewardable to people I don’t know personally, but I will not restrict such people from providing responses.)